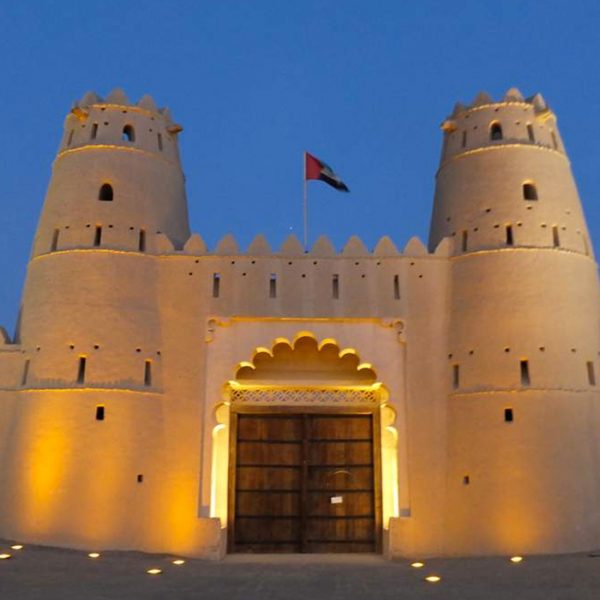 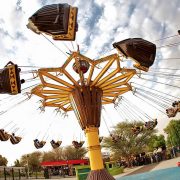 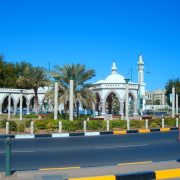 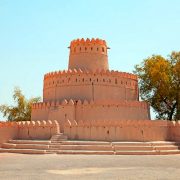 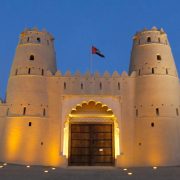 Set out on a journey to explore the amazing and splendid mountain backed city of Al Ain. Commonly referred to as the ‘Garden City’ for its lush green parks and well-manicured lawns. This blissful and picturesque city is placed beneath the Hajar Mountains near the border of Oman. The Al Ain city tour is lined with visits to heritage sites that recall the grandeur of a bygone era.

The city of Al Ain has its origins dating back to 4,000 years which has bestowed upon the city a plethora of heritage and cultural sites that are a site to behold. The bold forts constructed in the 19th & 20th century are not only grand and elaborate status symbols, but they also held strategic importance to protect trade around the oasis. Al Ain is a developing tourist destination and its dry desert air makes it an ideal holiday location for the people of the coastal cities who live in high humidity conditions. Many Emirati nationals have holiday homes in the city making it a popular weekend destination for families and friends. Some of Al Ain’s attractions include the Al Ain National museum, Al Ain Palace museum, many restored forts and the Hill Archaeological. During your Al Ain city tour you will get a chance to view the majestic Jebel Hafeet – a 1340 meter high mountain that dominates the landscape.

Get a chance to visit the ‘Al Jahili Fort’ which is one of the largest castles in Al Ain and exhibits some of the best in class architecture associated with the history of the Al Nahyan Family. The construction of the Fort began in 1891 under the leadership of Sheikh Zayed the first and was completed by 1898. This fort houses a permanent exhibition devoted to Wilfred Thesigner an English traveler and explorer who had been a frequent guest of the late Sheikh Zayed during the 1940’s.

The famous Sheikh Zayed Palace museum is a time capsule in itself and will transport you to the era of the ruling family. This used to be the former home of the late UAE President, his Highness Sheikh Zayed. This palace now restored to its former glory among lanky palms and beautiful magnolia trees. This visit will be the highlight of your Al Ain city tour.

After you’ve finished taking in the sights of all the heritage and cultural sites, its time to explore the raw beauty of the landscape. Embark on a memorable excursion to the majestic ‘Jabal Hafeet’ which is located in the environs of the city. This gigantic land mass is 26 km long and 4-5 km wide. The foot of this mountain is gifted with rich archaeological history. Close to 500 tombs were excavated that dated back to 3000 BC, some of the objects found in these tombs contain ceramics of Mesopotamia that proves ancient trade relations existed in this part of the world.

A tour of Al Ain city is perfect to help you get away from din of city life back to the simple and humble environs of the country side.

There are no reviews yet.